"I grew up on a farm and saw lots of horrific stuff but this didn't stop me from eating meat. My parents told me it was ok, circle of life etc. THEIR parents knew no better either. What did they have to go by? They were "right off the boat" Couldn't even speak English. My grandfather was a furrier in fact! Society told me it was ok with all their advertising "eat these home cooked juicy burgers"

Wasn't until I was 35, supporting PETA, while eatin burgers that I realised this is hypocritical and took the PETA 30 day challenge (go without meat for 30 days) Piece of cake! I said to myself, "self, I will start tomorrow!" .. Then I realised the pattern of procrastination. It would never happen.

I had must made myself a tuna fish sandwich. The dog was starin at me. I looked at the sandwich, I looked at the dog.. gave the sandwich to the dog and never looked back. That was 16 years ago. In the last 6, I also stopped taking dairy when I learned about the horrors of that industry.

You don't lose weight, or gain weight. Least I didn't. I'm still 6ft 3 inches tall and 200 lbs. Made absolutely no difference that way, except that I save over 100 animals per year by not eating parts of them and unbelievable collateral damage to the planet which you can read more about here. 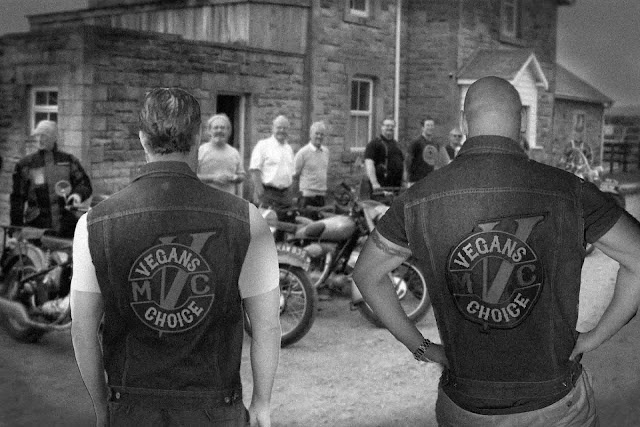 Honestly, I never imagined that there were so many people that are interested in changing the world, who want to do something beneficial AND who were also interested in motorcycles at the same time! 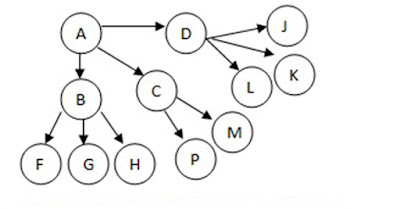 The purpose of VCMC is to spread awareness, of veganism, educate and support people who are interested in making a change to their personal lives while making a contribution to the greater good and what kewler way to do that than with a motorcycle club. Believe me, you get a few bikes riding down the street with our patch, people take notice and people ask questions. There is no better way than making people aware than a one on one conversation with someone that is interested. They, then become your best spokesperson. 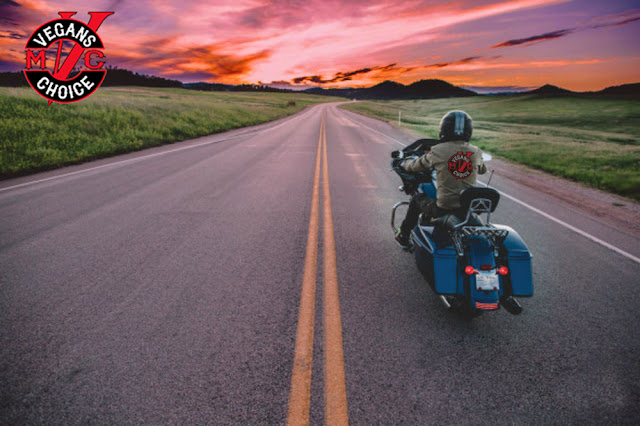 The first part: Is it fair? Is it necessary? The second part: Animals are not ours to harvest as food or exploit for slavery, scientific experimentation and certainly not to be exploited for the benefit of bored humans.

30 years ago, veganism was not understood and even today, people have all kinds of perceptions of vegans. Those who don't know, think we eat grass. The VCMC changes that perception.

Most of us grew up eating meat because we had no other standard. TV, Radio and Newspaper ads were (still are) dominated by large corporations that can afford the mass advertising.

Many want to know more but don't know how to go about doing so. Members learn from each other, hence why we allow people who are not not vegans.

"When you know better, you do better"

If you were a great soccer player, would you tell lesser players that they couldn't play with you becuase they are not 100% or 99%? What about someone that has never played soccer before? I would hope you would encourage them. Same concept.

The internet changed all this...

The internet is still relatively new. As little as 15 years ago, the internet was still in its infancy. Not a lot of public people had it and those who did will remember painfully slow uploading and downloading of pictures via a 56k dial up modem.

There were no cell phones and the idea of taking a picture and sending it directly, wirelessly to the internet was only something you'd see in a James Bond movie.

Today, for the first time in the known recorded history of this world, we live in an era where the majority of the population can broadcast to the world, instantly and relatively freely. This is taken for granted by the younger generation who knew no different.

It wasn't that long ago that 4 out of 5 DOCTORS RECOMMENDED smoking Camel Cigarettes over any other brand! "Doctors Recommended Smoking!" Of course today we know that smoking cannot even be advertised. It is still practiced by a small majority but only in designated areas and not in public. 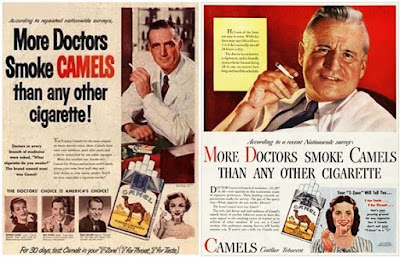 Eating meat will go the same way. It's not healthy for humans to be eating meat and certainly not necessary. 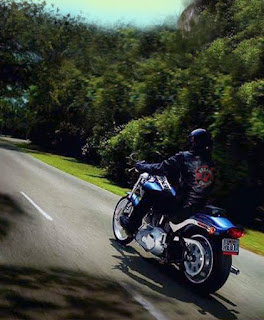 We are a motorcycle club! We love motorcycles!
They play a big part in our lives. For some, it's their only means of transportation! This doesn't mean we're 1%ers! There's a big difference!