This is the official blog of Vegans Choice Motorcycle Club

You wouldn't eat your dog would you? What about eating another human? They are all composed of the same thing so why not?

It's because of values. Laws are in place to guide people. To deter people from doing wrong and if they do, there can be repercussions.

But good people don't need to be told not to kill other people - OR animals! And Criminal minds don't pay attention to the law anyway. Worst, sometimes laws fail. Innocent people are persecuted while the guilty are set free.


So what do we have left when laws fail? Values!

It's our moral compass that is left guiding us. There will never be a policeman at every stop sign telling you to stop perfectly, yet there are laws against rolling stops or not stopping at all.

There will never be a policeman there shadowing you wherever you go telling you NOT to kill someone OR there to protect you when someone else doesn't follow the law.

Only YOUR MORAL VALUES will guide you through this life. No one else. No one can tell you what to do. Not your parents, not your significant other, not laws, no one but YOU!

In some countries, dogs and cats are considered a delicacy, if not a STAPLE in their diets! Conversely if you harm a cat or dog here in north America, you could be charged or imprisoned or both because there are LAWS against such actions here in north America. Those animals are PROTECTED under our laws.

So what happened to pigs and cows and sheep and chickens and even horses? "Factory Farmed" animals are not ONLY not protected from cruelty but rather the farmers and farm workers are protected by LAW against anyone trying to film what goes on in factory farms! (see Ad-Gag laws).

Why do some tell their kids, they need to toughen up because that's life? This isn't life, this is death and cruelty.

30 maybe 40 years ago, the common conception of a vegan was a skinny person that only ate grass, probably smoked it too.. usually accompanied by long hair, lived in communes, played guitars and hugged trees - eg hippies. (I don't see any bad news in that do you?) 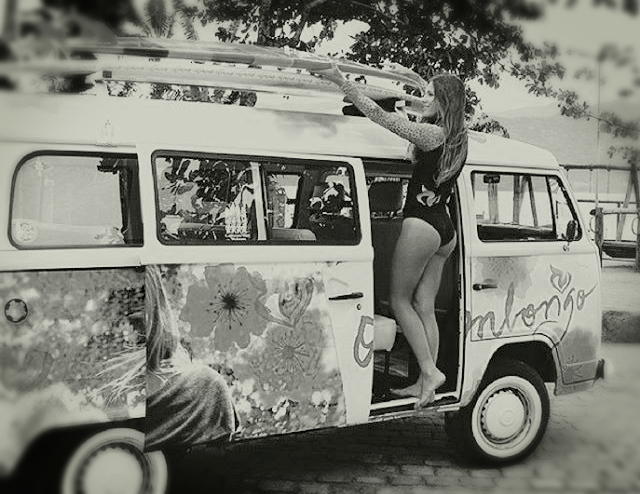 The fact is it is NOT necessary for humans to be eating animals. If it were, then all the vegans and even vegetarians would be dead by now but fact is, Olympic athletes, strongman competitors, bodybuilders as well as regular people are all doing fine on vegan diets without the cruelty and co-lateral damage to the planet.

Kendrick Farris is stronger than you and he doesn't eat any animal products.

Patrik Baboumian is stronger than you and he doesn't eat any animal products. 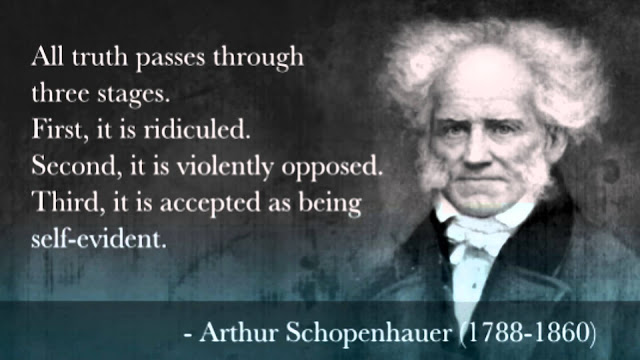 Most people on earth are still eating meat.. Why the "vegan movement?" What changed!? And HOW did I miss the memo!??

Actually, veganism is nothing new. The Ancient armies of Alexander the Great of Macedon were primarily vegan. Alexander the Great was the world's best military strategist even by today's standards. He conquered more lands than any other army in the history of this world.

He led his armies many miles and over many years on fruits vegetable, grains and water. He brought animals too but they were not for "food". He used the animals to help carry supplies for the troops. Think about it.. if he were to feed the supplies to the animals, they slaughter the animals only to get back 30% of the animal, he would have no supplies AND no animals. Didn't make any sense in 323AD and it doesn't make any sense now yet this is exactly what we are doing!

It takes 30-50 times as much land and crops to make feed for animals compared to feeding humans directly from the land. Then when the animals are slaughtered, only 30% of it makes it back to the plates of humans. It's an incredibly wasteful model for feeding an ever growing population.

We humans can produce enough crops to feed 80 Billion Animals waiting for their day to be slaughtered each year yet we cannot find enough food for the 1 Billion humans that starve to death each year! Does that make any sense at all?

I've even been asked the question, "what do we do with all the animals if everyone stopped eating them" -- THEY WOULD NOT EXIST! Those factory farmed animals did NOT ASK to be here. The animals are repeatedly raped over and over again to keep reproducing! Animals were here many millions of years before humans. How did they EVER get by without "human intervention"? :/

The primary staple in Ancient Egypt was quinoa. The world's most complete protein! - Basically the pyramids were built on quinoa!

Roman Gladiators had it MUCH tougher than we do today. They lived in much more harsh living conditions and as you know, they fought to the DEATH! This was really PHYSICAL WORK! You FIGHT or you DIE! Not like some desk job you know. 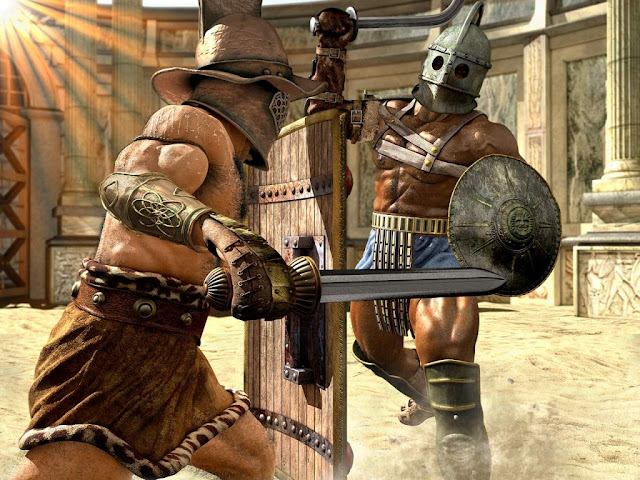 The Gladiators were known throughout history as the BARELY MEN because of their primary diet of Barley and Oats. I would speculate that they got this trait from Alexander's armies since chronologically, the Romans finally dispersed the Macedonians, well after Alexander the Great died in 323AD.

Moving forward in time, the Templars - the Knights of the Temple were to follow strict rules. A Code of 72 clauses. One of which was to limit eating meat to not more than 3 times a week. 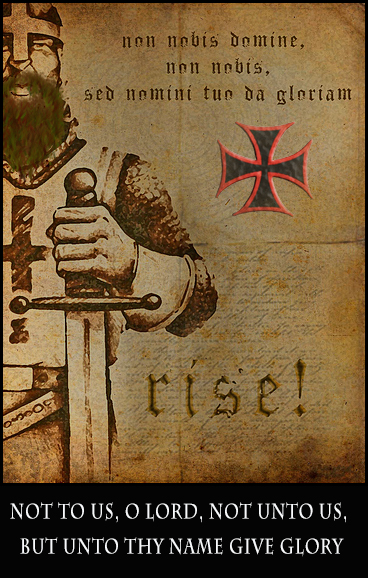 So why are so many people eating meat today!?

Let's pick on China first...  It was not that long ago that China was a third world country made up of small villages. Their primary staple was rice. Once they became "industrialized" and a world power, people there wanted to live like the west with big cars and a western diet based on burgers and fries. As with any industrialized nation, you have your rich and your poor, hence why many are eating dogs and cats because they can't afford burgers and fries -- that and "Traditions" which have been passed on from generation to generation, each not knowing any better.

Here in the west in the 50's there was a big push on the "fast food" restaurant chains. Though they didn't have "drive through's" one could attend a fast food restaurant and get ... fast food. 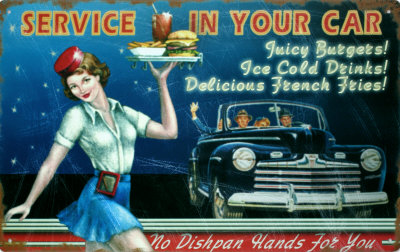 A&W had women on roller skates bringing food out to your car where it hung on portable tray which attached to your windshield. 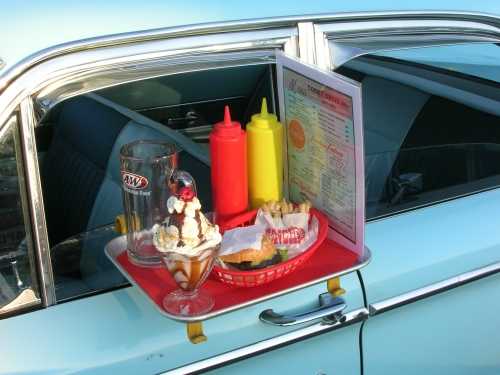 Nobody questioned where the food came from (still many don't today). It was just easy, convenient and fun to drive to the restaurant and food would appear!

McDonald's capitalized on the concept, making fast food, "cookie cutter like". Every restaurant would be the same. All the menus would be the same. Same training and so on so that no matter what store you stopped into, you would know what you were going to get.

Today, McDonald's makes it "Fun" for kids. They have happy clowns and jumpy castles and things to climb on and happy meals. They even get the kids hooked on collecting toys. "Maaam, ken wee goo to MacDanalds, they got deez new TOYZ!" all distracting from the truth.

It was these big chains that had the money to do the advertising so that people would "know" what to expect. It's a type of brainwashing. Who else had the money to do this kind of mass advertising? After WWII, there was only three major media outlets; newspapers, radio and television and these fast food corporations dominated all three. Not only they were the only ones that could afford to advertise on this large of a scale but the media but the media was (is) also controlled by big players who decide on what can and what cannot be advertised!

So it wasn't the fault of our parents. They had nothing more to go by than what they saw on TV, heard on the radio and read in the paper.

THEIR parents likely didn't even have televisions!

It wasn't until late 90's early 2000's that the internet became available to the masses and now, for the first time in the known recorded history of the world, the average person can communicate with 1000's of people at once, across the world, instantly and relatively freely! No generation prior to us had this ability and now, the cat is out of the bag!

People are now more aware what goes on behind slaughterhouse doors and they are also learning that not only we don't require animal protein but that's it's also detrimental to our health.

In 2014, Doctors were able to lobby the USDA to change the recommended foods pyramid from "meat" to "protein". In fact the entire "pyramid has been scrapped in place of "my plate"

The United Nations says be vegan for your health and the environment. 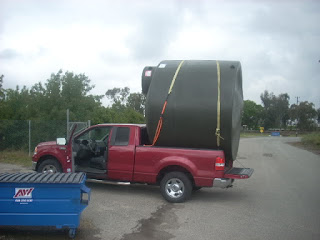 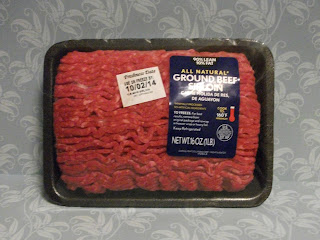